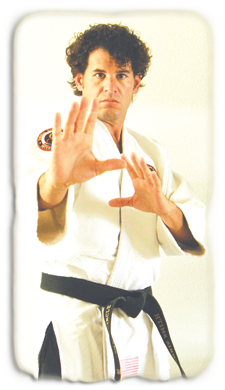 Sensei Chris Smith has a deep passion for the martial arts and has trained in many systems including: Jujitsu, Karate, Arnis, Kali, Wing Chun, Tai Chi Chuan, I Liq Chuan, Systema and Silat. He currently holds a Black Belt in Small Circle Jujitsu which he received in 2002. 

In 2003, Chris and his wife relocated to Port Orange, FL so that his wife could attend Chiropractic College. In a new town and away from his instructor, it was time for Chris to seek out a new teacher. Chris was always intrigued and impressed by the Wing Chun principles that Sensei Ed seemed to draw from in his application of Small Circle Jujitsu. It was this interest in Wing Chun that led Chris to find his next primary teacher, Sifu Karl Godwin of Seminole Wing Chun. Over the next several years that followed, Chris dedicated himself to Wing Chun and continually used his new found knowledge to refine and polish his own technique.

In recent years, Sensei Chris has had three other teachers which have influencedthe training methods he employs. These are teachers that Chris trains with only occasionally but who have deeply influenced him. The first teacher is Master Sam Chin of I Liq Chuan. Master Chin has helped fill in some major gaps in the practical use of sticky hands for combat. The second teacher is Vladimir Vasiliev, chief instructor of the Russian Martial Art known as Systema. Systema has manygreat training methods that help develop internal strength while keeping the body relaxed and responsive. The third teacher is Tuhon Ray Dionaldo, the founder of Filipino Combat Systems. Sensei Chris continues his Kali training under Tuhon Ray and and his top instructors.

This has been a short history of Sensei Chris' martial arts journey; Now it's time to start your own!